Fertility awareness involves knowing and recognizing when the fertile time ( i.e. when a woman can get pregnant) does occur in the menstrual cycle. If one is practicing fertility awareness as a birth control method in order to prevent pregnancy, one does need to avoid having sexual intercourse or use a barrier method of birth control, such as a condom, during one’s fertile period. If one is trying to get pregnant, one needs to have sexual intercourse on one’s fertile days, ideally every day or every other day.

What is a menstrual cycle?

When can one become pregnant?

can indeed survive in one’s fallopian tube for about 24 hours after ovulation. A man’s sperm can survive inside a woman’s body for about 3 days (and sometimes up to 5 days) after sexual intercourse. One can become pregnant if one has sex anywhere from 5 days before ovulation until 1 day after ovulation. One’s chance of pregnancy is highest when live sperm are present in the fallopian tubes when ovulation does occur.

How effective is fertility awareness in preventing pregnancy?

When fertility awareness is made use of in order to prevent pregnancy, fewer than 1–5 women out of 100 will become pregnant during the first year of one’s perfect use. Perfect use involves making use of the method correctly and consistently throughout the menstrual cycle.

With typical use—meaning that one can make use of the method the way the average person does, which is sometimes incorrectly or inconsistently—pregnancy rates do increase. In the first year of typical use, 12–24 women out of 100 will indeed become pregnant. 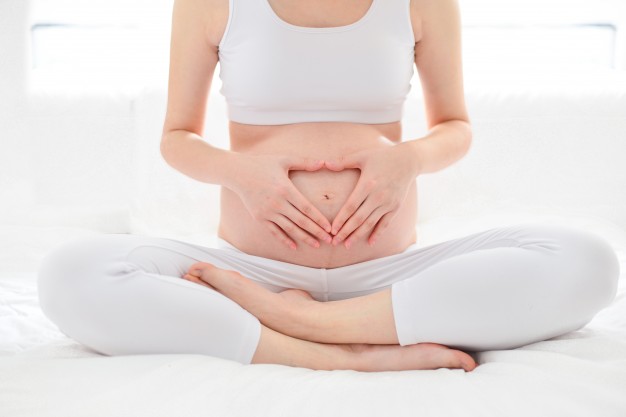 What is the Standard Days method?

The Standard does follow a standard rule of what days during the menstrual cycle are the most fertile. If one’s cycle is between 26 days and 32 days long, the Standard Days method considers days 8–19 to be the most fertile days. In order to prevent pregnancy, one should avoid having intercourse or make use of a barrier method of birth control these days. To promote pregnancy, one needs to try to have intercourse between day 8 and day 19, either every day or every other day. The Standard Days method do work well if one’s cycles are regular and are consistently between 26 days and 32 days long.

What is the cervical mucus method all about?

The method does involve recognizing changes in the mucus produced by the cervix and in how the mucus looks and feels. Just before ovulation, the amount of mucus made by the cervix noticeably increases, and the mucus becomes thin as well as slippery. Just after ovulation, the amount of mucus does decrease, and it becomes thicker and also less noticeable. In order to prevent pregnancy, one needs to avoid sexual intercourse or make use of a barrier method of birth control from the initially notices any cervical mucus. In order to promote pregnancy, one should have intercourse every day or every other day when the thin, as well as slippery cervical mucus, is present.

When making use of methods that do rely on cervical mucus, one needs to be aware of any changes in one’s health or daily routine that could make reading the signs of ovulation difficult.

Medications, feminine hygiene products, douching, sexual intercourse, breastfeeding, or go in for a pelvic exam in which lubrication is used all can change how the cervical mucus appears.

What is the Two Day method?

If one notices cervical mucus today or yesterday, one is most likely to be fertile. To prevent pregnancy, one needs to avoid sexual intercourse or make use of a barrier method of birth control. To promote pregnancy, one should have sexual intercourse every day or every other day when one notices secretions. If one does notice any cervical mucus today and yesterday (2 dry days in a row), pregnancy is less likely.

What is the basal body temperature method?

The BBT in one’s body’s temperature when one is fully at rest. In most women, the body’s normal temperature does increase slightly during ovulation (0.5–1°F) and does remain high until the end of one’s menstrual cycle. The most fertile days are the 2–3 days before this increase in temperature. In order to monitor one’s BBT, one does need to one’s temperature every morning after waking up, before any activity, getting out of bed, or having anything to eat or drink. One needs to record these temperatures daily.

BBT such is not a good way to prevent or promote pregnancy. It does show only when ovulation has in fact already occurred, not when it is going to occur. Also, to keep in mind that if one has a fever (for example, if one has an ongoing medical condition or if you get sick with the flu), the BBT method may not be all that reliable.

What is the symptothermal method?

The symptothermal method is rather a combination of methods. The two most commonly used are the BBT method as well as the cervical mucus method. The Marquette method does combine BBT and cervical mucus tracking with use of an electronic hormonal fertility monitor. The monitor does detect hormones in urine to confirm fertile days. It can indeed be purchased online or at a pharmacy. Other methods or signs can be made use of, such as the Standard Days method, as a double check to identify when the fertile time begins and ends.

They do cost very little. Many women do like the fact that fertility awareness is a form of birth control that does not actually involve the use of medications or devices.

Can anyone make use of these methods to prevent pregnancy?

There are certain situations in which the use of fertility awareness-based methods to prevent pregnancy can turn out to be quite difficult.

• One is approaching menopause.
• One has just started having menstrual periods.
• One has recently stopped making use of a hormonal birth control method or are using other drugs that can indeed affect the signs of fertility.
• had recently a baby.

The IVF advanced is one of the most excellent centers in Asia Pacific, with Techniques, genuine Treatment, Research & Training. The best IVF clinic in Hyderabad is the leading Test Tube Centre in the country with modern world-class scientific technologies.

Previous StoryIVF & ICSI – Know Facts and Difference between IVF and ICSI
Next StoryWhat are preliminary investigation in IVF?