Intracytoplasmic sperm injection (ICSI) has indeed become one of the most popular assisted reproductive techniques in the world. There are several factors affecting the success of ICSI technique such as: sperm quality, age of the wife, egg activation process as well as egg damage rate. IVF center in Hyderabad does follow such medical techniques for successful pregnancy.

What is intracytoplasmic sperm injection?

Intra-Cytoplasmic Sperm Injection (ICSI) happens to be a method that brings about high fertilization efficiency with the rate of 60-85%. Unlike conventional in vitro fertilization (IVF), ICSI does use only a single sperm in order to inject directly into an egg. The selected sperm is no doubt the best sperm in terms of morphology as well as motility.

Since its birth, ICSI has rather brought great hope to infertile couples whose infertility is of course caused by failure to ejaculate, low sperm count, anti-sperm antibodies or low quality eggs, Eggs and sperm cannot really be combined even though the husband has normal semen. Presently, ICSI accounts for a high percentage of assisted reproductive programs in medical centers across the world. 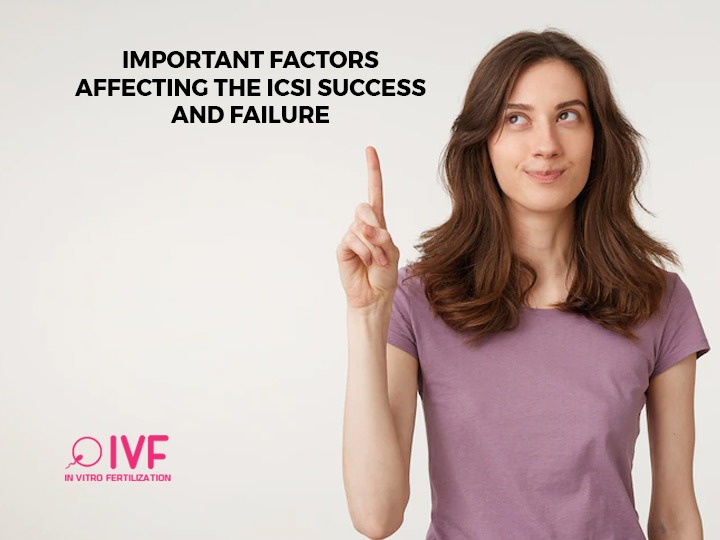 When evaluating the factors that are affecting the successful treatment results of the method of intracytoplasmic sperm injection, scientist do believe that sperm quality does play an important role but not absolute. Sperm with poor mobility, no sperm in semen, abnormally shaped sperm, etc. can indeed still be used and also fertilized successfully. Male infertility cases due to poor quality sperm can perhaps have children via ICSI, as long as there is at least one motile sperm obtained after washing for injection into the oocyte cytoplasm.

IVF hospital in Hyderabad follows such sophisticated techniques of fertilization.

Factors in the wife

In a given study of 92 couples, scientists did inject sperm into the oocyte cytoplasm in 1,163 eggs and also obtained a successful fertilization rate of 61%. The pregnancy rate after performing ICSI technique in women under 34 years old is 49%, women 35 – 39 years old is 23% and women 40 years old is only 6%. The results did show that fertilization rates were not affected by a woman’s age, but pregnancy rates were lower in older women due to declining egg quality.

During ICSI, egg damage can rather occur. Results of few centers performing ICSI show that the rate of damaged eggs after injection is about 7 – 14%. There are several causes of egg damage: Ultrastructural as well as plasma membrane disorders, destruction of achromatic spindles, release of egg cytoplasm after injection. Also, temperature changes do cause irreversible changes to the achromatic spindle of human eggs.

In addition, ovarian stimulation can also rather affect the success of ICSI. Women treated with higher doses of gonadotropins (due to low estradiol levels) do tend to develop both immature as well as mature eggs. When sperm is injected into these eggs, there is rather a higher risk of damage to the eggs.

Also, the proficient implementation of the technique will rather contribute to reducing the rate of egg damage, increasing the success of the ICSI method.

IVF center in Hyderabad is well equipped to deal with infertility issues.