IVF and ICSI are advanced procedures of fertility treatment in Hyderabad and are being made use of by several patients despite risks involved. These are sophisticated methods of treating.

Off late, the issues with infertility treatment and the recorded cases have been indeed higher than ever before. As stress builds up in life and multi-folded lives of people, the course of procreation is indeed often shelved and avoided until the actual desire of pregnancy, which is not ideal for the reproductive organs of both men and women. People prefer to try out the best and most effective method of pregnancy. 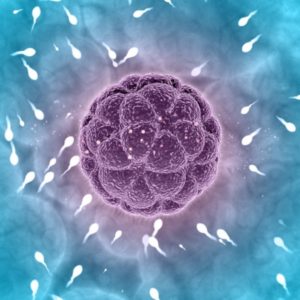 In Vitro Fertilization (IVF) happens to be a procedure of fertilization in which an egg is rather taken from the female’s ovary and is combined with sperm from a male body in a controlled, external environment. The process is rather carried out by stimulating the woman’s ovulatory movement. The eggs and sperm do mix outside the body, where they are rather fertilized. The embryos do result from the fertilization are implanted in a woman’s uterus, where they are indeed expected to convert into a fetus.

Intracytoplasmic Sperm Injection (ICSI) happens to be a specially assisted fertilization procedure. It does serve the same purpose as the IVF; the difference is in the process of fertilization.

Usually, in IVF, the eggs and also the sperm combined in a dish and the sperm does penetrate the egg in its natural process. However, it can become a little bit of a risk, as underperforming eggs, as well as sperm, sometimes do not go through that action properly. Several factors do play a role in the successful implantation of the embryos.

In ICSI, the laboratory tends to pick up the single unit of the concerned sperm with the help of a glass needle and is injected straight into the respective egg. Experts of Embryology monitor the whole procedure and a different set of specially made equipment is made use of in the process.

As opposed to IVF, ICSI does no longer require the egg to be penetrated naturally, as the machines do it. And so, the volume of sperms are used in this process is indeed reduced. This also does ensure that even the poor performing eggs can be utilized for successful implantation. However, this does not ensure that fertilization is indeed successful, as the ordinary course of fertilization still is required as the sperm is carefully placed in the egg.

The difference between IVF and ICSI:

For a patient, there is no difference between IVF and ICSI, except for the financial aspect. But, as a procedure, the difference does come into play as the eggs are forcefully penetrated by a group of professionals. Hence, the entire process of ICSI much depends upon the reproductive functionality of the woman. When fertilization is successful, the resultant embryos are rather placed off in one’s uterus. The rest of the process is identical to that of IVF. ICSI is rather undertaken when the sperm performance is abnormal he male member. It is an assistive infertility treatment, thus making it an elective procedure.

Who can choose ICSI?

The procedure for getting an ICSI is quite similar to that of IVF, as the steps involved are the same.

ICSI is used when the sperm donor has fertility problems. Male infertility does result in decreased sperm performance. The cases of male infertility may also include deteriorated sperm movement and disfigured shape. In rare cases, the ejaculations do not carry sperm, even though the testicles are of course entirely forming sperms.

Prerequisites for the ICSI

• Serial ovary stimulation, which aids in the development of eggs.
• Egg retrieval
• Embryo implantation into the walls of the uterus

The success rate of ICSI

The ICSI success rate in India does depend upon the patients and their health levels. But research has shown that 25% of the patients are rather able to conceive in a single attempt at ICSI. In fact, ICSI has a similar success rate as that to a traditional IVF done of couples with healthy sperm quality. Once the Embryologist does artificial penetration, other actions do come into play as well. The success also much depends upon the age of the eggs. ICSI can be accepted as a measure meant to ensure the mingling of the eggs and sperm, and not as a guarantee of pregnancy.

Specific sets of risk are there when opting for the ICSI fertilization procedure, which is similar to the traditional IVF cycle.

ICSI treatment does not lay any underlying danger on the children born, but there happens to be a 1.5 to 3% of possible congenital disabilities. Although the chances are slim, the registered defects are also rare. There are certain risks of Assisted Reproductive Technology (ART), which are – sex chromosome abnormalities, degraded quality of sperm, urinary system defects, Angelman Syndrome and hypospadias. But these affecting a person are very rare.
IVF happens to be an invasive procedure, and therefore, it has some underlying risks such as ovarian cancer, and other reproductive failures.

Here are the risks exposed to the IVF host:

• The drugs injected for fertility can expose women to many irregularities, such as chromosomal and fetal functioning.
• The medications given are not FDA regulated, and so, they can be dangerous if taken in high dosage.
• The skill and expertise of the doctors involved are crucial to the procedure.
• The long term effects on the women who have sought IVF treatment are still unclear.

The effects of IVF-ICSI on women:

OHSS is a condition where the ovaries are abnormally enlarged and are filled up with fluid. During ovulation, the liquid is released back in the body, which does cause complications.

Despite increased cases of breast and ovarian cancer showing inconclusive results, studies have indicated that the infiltration caused during the procedure is unfavourable to women’s reproductive organs. The health of women needs to be taken into consideration. Women with weight issues do have a higher risk of being exposed to cancer after the procedure.

The drugs involved in fertility treatment can result in a series of side effects, especially on a subconscious level. The procedure can indeed result in anxiety, depression, sleep deprivation, and severe mood swings.