Low ovarian reserve must not be neglected and proper treatment must be sought from an IVF specialist. There popular IVF centers that can be approached for expert advice.

IVF Protocol – When You Have Low Ovarian Reserve

The common cause of low ovarian reserve is rather an age. The egg production does decline with age. In such cases, the ovary may be in a healthy condition and does function properly even when the reserve is low. Generally, a woman does starts with 25,000 to 50,000 eggs at puberty and as she grows older she has 1000 eggs at menopause. 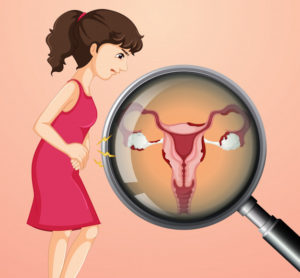 The egg quantity may rather decrease due to chromosomal abnormalities such as Turner syndrome and genetic anomalies such as fragile X syndrome. This disease condition can cause a gradual decrease in egg production leading to a condition called low ovarian reserve.

Ovarian tissue damage can also cause a low ovarian reserve. The disease conditions that can lead to ovarian damage do include:

·        A high Body mass index (BMI) can also destroy your ovarian tissues and may lead to complications.

Gonadotrophin does release the hormone. The doctor will initiate this therapy at the onset of menstruation. This therapy will mainly help in stimulating the release of the follicular stimulating hormone that augments the ovarian follicular growth.

This therapy is most commonly made use of for IVF treatment. But it is strongly advised not to make use of this therapy because this therapy can indeed harm the egg or the embryo and may lead to complications.

The GnRH antagonist is administered after several days of giving GnRHa-agonist. As soon as the follicles reach a maximum size of 12mm, GnRH antagonists are added. This therapy does stop the pituitary gland from secreting the luteinizing hormone. This is also part of the IVF protocol.

This therapy is usually is used by the fertility centers to take care of low ovarian reserve cases.

Previous StoryIVF Vs Surrogacy: Which is the better option?
Next StoryImproving Uterine Lining for IVF Preparation