Successful implantation is indeed quite an achievement and it can be noticed by the following factors:

These are as follows:

While the blastocyst culture implants itself, one might sense some cramps or discomfort (again, one might also not suffer during implantation as every woman is different). These cramps do happen as the blastocyst digs into the uterine wall. Unlike pre-period cramps, these are milder and will indeed last only a day or two at the most. These cramps will, in fact, occur along with, or just before implantation bleeding.

Implantation bleeding, otherwise referred to as spot, is another early sign of pregnancy. One will experience this around 10 to 14 days following conception – no doubt around the time when one gets one’s period.

How to differentiate between implantation bleeding or spotting and one’s periods?

Implantation bleeding is different from menstrual bleeding in some ways as it clearly involves:

It has a different color.

Menstrual blood is usually dark red. Implantation bleeding, on the other hand, is no doubt usually pale pink to rust-brown.

It does not clot.

Unlike menstrual bleeding, implantation bleeding certainly does not come with any clots.

It is much shorter than usual menstruation.

Normal menstruation lasts between three to seven days. Bleeding does take much less time and can last from a few around three whole days. 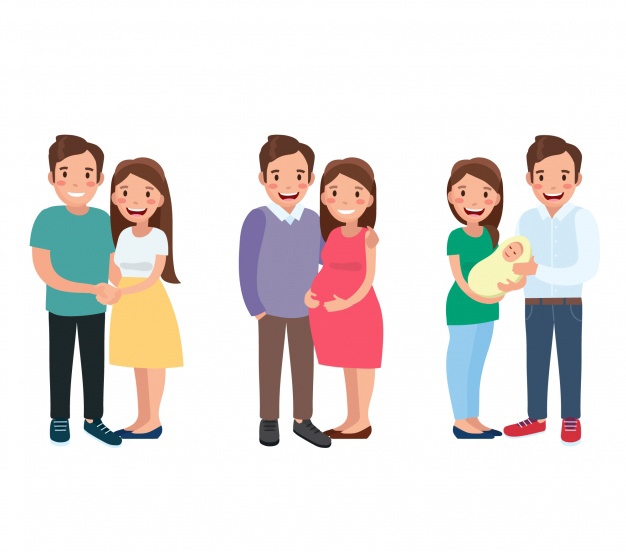 It is not as heavy as menstruation.

Menstruation does tend to make sanitary pads as well as tampons full, but implantation bleeding is not as intense. “Bleeding” is usually a slight pinkish or brownish discharge that one might come across when one wipes. At worst, in fact, barely stain a panty-linear.

Other symptoms of successful implantation

Implantation is, in other words, is indeed a confirmation of one’s pregnancy. The cramps and spotting are rather signs of successful implantation, but also early signs of pregnancy.

Here are some other early signs of pregnancy that one might experience:

If one’s period consistently happens every month one realizes that it is happening behind schedule, it could mean that one is pregnant.

One might notice that one’s breasts do appear swollen or feel sore. This is an early sign of pregnancy and occurs because of changes in hormone secretion.

Should one feel emotional compared to one’s normal self, it could be a sign of early pregnancy. These fluctuations in emotion are caused by hormonal adjustments.

Pregnancy comes with increased sensitivity to certain tastes or smells and is particularly strong when it comes to food.

Although becoming bloated usually happens before one’s menstrual period, it could also be a pregnancy sign caused by hormonal alterations.

As one’s hormones change, it could lead to swollen mucous membranes within the nose. Nose bleeds can also occur, too.

The IVF advanced is one of the most excellent centers in Asia Pacific, with Techniques, genuine Treatment, Research & Training. The IVF hospital in hyderabad is the leading Test Tube Centre in the country with modern world-class scientific technologies.