Thyroid hormone has indeed an important role in the brain development of the baby during pregnancy. It is also clear that overt hypothyroidism (increased TSH levels and low thyroid hormone levels) in the mother, especially early in pregnancy, can also affect the baby’s brain development or cause other problems with the pregnancy. It is not clear if subclinical hypothyroidism (increased TSH levels as well as normal thyroid hormone levels) would indeed have similar adverse effects.

TSH Test and Effects on Pregnancy

Higher TSH levels before pregnancy, even when they are borderline high, may indeed be associated with a higher rate of miscarriage, pregnancy loss, cesarean section, and large infants.

The connection between a TSH level before pregnancy as well as complications of pregnancy has not been observed on such a large scale before. Women with borderline high TSH level should indeed have subsequent TSH testing at the beginning of pregnancy and be referred for treatment if necessary.

One way to identify anovulatory cycles is indeed through an ovulation predictor kit, which does measure a surge of the particular hormones that does occur around ovulation. One also makes use manual or electronic fertility monitoring method, which does include temperature charting, in order to identify signs that can indicate ovulation.

It is important to have proper diagnosis and Homeopathy treatment of hypothyroidism condition that can reduce one’s risk of anovulatory cycles.

Pointing to luteal phase defects as the cause of infertility as well as miscarriage is somewhat controversial since diagnosing them is difficult. Sufficient evidence has not been found to ascertain that luteal phase defects do cause fertility issues, though the research thus far shows that it’s highly likely that they do play a role. 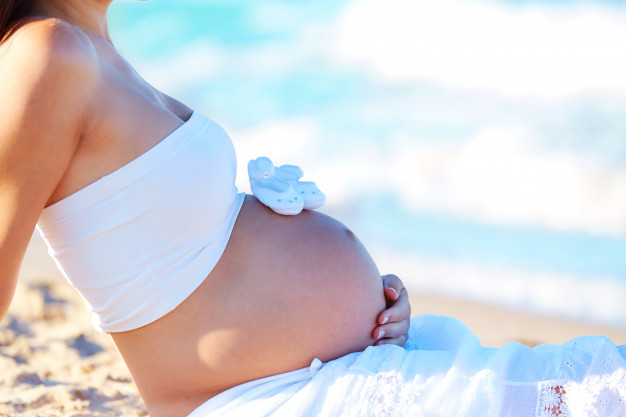 Proper thyroid diagnosis, as well as treatment, may indeed resolve luteal phase defects in some women, but in others, insufficient progesterone—which is rather required to produce a healthy uterine lining—can be troublesome. In these cases, supplemental progesterone has indeed helped some women to have a healthy pregnancy and baby.

You have a higher risk of hyperprolactinemia—elevated levels of prolactin, the hormone responsible for promoting milk production.

Hyperprolactinemia can indeed have a number of effects on one’s fertility, including irregular ovulation and anovulatory cycles.

One’s hypothalamus does produce a thyrotropin-releasing hormone (TRH), which in turn does trigger one’s pituitary gland to produce TSH, stimulating one’s thyroid gland in order to produce more thyroid hormone. When one’s thyroid is not functioning properly, high levels of TRH can indeed be produced, which can then cause one’s pituitary gland to also release more prolactin.

In women who are breastfeeding, the higher levels of prolactin that is generated to stimulate milk production do often also help to prevent pregnancy, illustrating why fertility issues can indeed occur when one’s prolactin levels are too high and one is trying to get pregnant.

Charting one’s menstrual cycle as well as fertility signs, along with getting a blood test measuring one’s prolactin level, can indeed help one’s doctor diagnose hyperprolactinemia. If proper thyroid diagnosis, as well as the treatment, does not resolve the prolactin issue, several medications such as bromocriptine or cabergoline may be prescribed, which can rather help lower one’s prolactin levels and also restore one’s cycles and ovulation to normality.

Thyroid disease can indeed lead to an earlier onset of peri-menopause and menopause.

Menopause may occur before one is 40 or in one’s early 40s, shortening one’s childbearing years and causing reduced fertility at a younger age.

The IVF advanced is the leading Test Tube Centre in the country with modern world-class scientific technologies. The IVF center in Hyderabad is one of the most excellent centers in Asia Pacific, with Techniques, genuine Treatment,

Previous StoryFAQs about Surrogacy
Next StoryThe Signs of Successful Implantation