Some women’s periods arrive on time. For others, periods are rather unpredictable and may appear as a surprise. Sometimes they do not happen at all! But this does not imply they are necessarily pregnant.

Late periods or missed periods can happen for a variety of reasons apart from pregnancy. Common causes of missed or irregular periods do range from hormonal imbalances to serious medical issues. Let us discuss the main reasons for a missed period and when one needs to contact a doctor.

There are two occasions in a woman’s life when it is quite normal to have irregular periods: when one first starts having them (puberty) and at the beginning of menopause. On average, most women usually get their periods every 28 days. But a menstrual cycle in a rather healthy woman can last anywhere from 21 to 35 days. Apart from puberty, menopause, and pregnancy, a missed period may be an indication of a health issue.

2. Is it possible to miss a period for a month?

One may have a missed period for a whole month for several reasons other than pregnancy. The reasons why one misses one’s period for a month may include stress, low body weight, obesity, polycystic ovary syndrome (PCOS), using birth control, certain chronic diseases, early perimenopause, as well as thyroid issues.

3. No period for three months: is it okay?

Not having one’s period for three months or more is known as secondary amenorrhea. This can happen for a variety of reasons. Natural causes of an absence of menstruation for three months include menopause, pregnancy, and breastfeeding. Certain lifestyle factors do include stress as well as excessive exercise that may also cause it. Furthermore, having excessive body fat or low body fat may also cause a missed period. Tumors on one’s pituitary gland or hypo-/hyperactivity of the thyroid gland can also cause hormonal imbalances and trigger secondary amenorrhea. Low levels of estrogen or high levels of testosterone can also cause a missed period.

Genetic disorders such as Swyer syndrome and Turner syndrome do result in a lack of menstruation without proper hormone replacement therapy. Some women tend to experience a missed period o account of medications such as antidepressants, antipsychotics, chemotherapy drugs, and medicines to treat hypertension. One may also not have any periods three months or more if one has just stopped taking birth control pills.

Physical defects including problems in your reproductive organs could also cause delayed or missed periods. 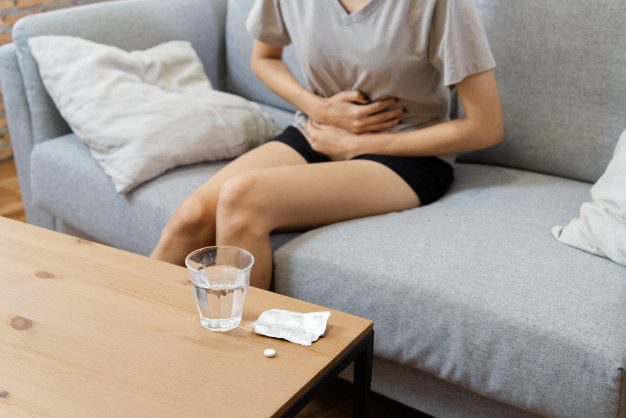 4. How much delay in periods is normal?

5. Causes of missed periods other than pregnancy

It is one of the most common reasons for a missed period. Stress can indeed result in a hormonal imbalance and even affect the hypothalamus — the part of the brain that does help regulate one’s periods. Stress can also lead to sudden weight loss or gain or other illnesses, all of which can affect one’s cycle. Stress can arise from a lot of factors such as traveling, professional and relationship issues, emotional problems, financial issues, etc.

low body weight is also a potential reason for a missed period. Women with eating disorders including bulimia or anorexia nervosa may rather experience an absence of menstruation. If one’s body weight is below 10 percent of the normal range for one’s height, then one might stop ovulating because of hormonal changes. Athletes who participate in the extreme forms of exercise such as marathons may also experience missed periods.

similarly to low body weight, obesity can also result in hormonal changes leading to an absence of menstruation.

Polycystic ovary syndrome (PCOS) is a condition in which one’s body does produce more of the male hormone androgen than normal. On account of this hormonal imbalance, cysts form in the ovaries, making ovulation irregular or stopping it altogether. This does result in a missed period. Together with androgens, other hormones such as insulin can also rather get thrown out of balance with PCOS.

going off or starting birth control can rather produce changes in one’s menstrual cycle. Birth control contains the hormones progesterone as well as estrogen, which does prevent one’s ovaries from releasing eggs. It might also take up to six months for one’s period to become regular again after one stops or start taking birth control pills. Another sort of hormonal contraceptives that are injected or implanted can also cause missed periods.

certain chronic illnesses such as celiac disease as well as diabetes can also affect one’s period. Blood sugar changes can cause hormonal changes, and poorly controlled diabetes can cause irregular periods. Celiac disease does cause inflammation in one’s small intestine and also prevents one’s body from absorbing vital nutrients. This can also cause missed or late periods.

an under- or overactive thyroid gland can also cause irregular periods. The thyroid gland does regulate the metabolism of one’s body, so thyroid issues can also affect hormone levels. This can cause one to miss a period.

In most women, menopause does begin between the ages of 45 and 55. If symptoms of menopause start before the age of 40, it is considered early peri-menopause (the transitional stage that precedes menopause). Early peri-menopause means that the supply of one’s eggs is declining. This can result in a missed period and eventually the end of menstruation. We are the Best IVF Centre in Hyderabad with experienced Doctors with High Success Rate at Best Price in Hyderabad